The turtle is an old, sacred figure in Native American symbolism as it represents Mother Earth, and after all, where would we be without her?

Is it turtle or tortoise? See the section at the end of this article to learn the difference. I’m going to use the word turtle to represent both.

To each tribe, the turtle might depict something slightly different but with a recurring theme of creation, protection, longevity.

According to the Woodland tribes (those in the New England and Great Lakes areas), the turtle dove into the primeval waters to retrieve mud to make the earth. In Iroquois lore, the turtle is a part of the creation myth.

What is a Woodland Tribe? There are many – you might recognize some of the tribal names: Iroquois, Mohawk, Sac, Fox, Mohegan – For a complete listing of the Northeast Woodland Tribes.

To the Lakota, the turtle (ke-ya) spirit brings health and longevity. In the past, a beaded turtle was put on the umbilicus or the crib of new born girls for protection and a long life.

To the Southwest Native American peoples (Navajo, Zuni, Hopi, Santo Domingo Pueblo and others), the turtle represents precious water and is revered in that way. Turtles are popular fetish figures and especially in the southwest where water is a true gift.

In certain Navajo ceremonies, medicines must be dispensed from a turtle shell or an abalone shell – no other container will suffice.

In Zuni legend, turtles bring fertility and longevity. Medicine bags with turtles associated with them ask similar longevity for their owners and are considered by some to have the ability to defy death.

Tortoise shell was used for inlay but has been illegal in the U.S. since 1973.

Turtle shells have also been used in the formation of dance rattles.

What is the difference between turtle and tortoise? Are they synonymous?

They are similar but not the same. Both are egg laying reptiles with hard shells and scaly skin. They are slow moving so rely on their shell as protection – they can retract their head and legs into their shell to various degrees. Both are cold blooded so require external sources to warm themselves and shade to cool themselves.

A turtle lives in the water (oceans, lakes, rivers) primarily so has webbed front feet and streamlined legs for swimming. The only time a turtle comes on land is to lay eggs. Once hatched, baby turtles are on their own. A turtle has a flat shell. Turtles eat plants and bugs. They tend to migrate in the ocean and other waters.

A tortoise lives on the land primarily so has feet with long claws for digging and no webbing between the toes. Tortoise legs are more like short, strong stumps, good for dessert walking. A tortoise has a rounded or domed shell and since they are usually found in hot climates, they stay underground during the heat of the day. The tortoise is herbivorous, preferring succulents. Tortoise eggs are laid in a nest and when they hatch, the baby turtles move to the mother’s burrow. Tortoises tend to say in one area for life.

Both turtles and tortoises have very long life spans in comparison to humans, some tortoises living as long as 150 years. 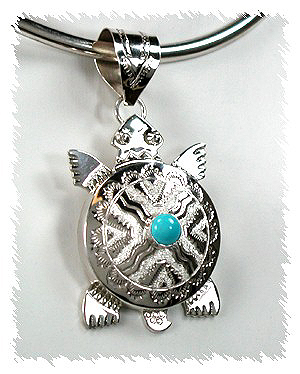